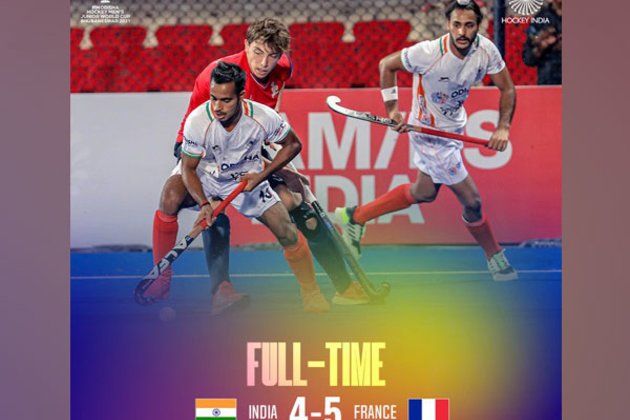 For India, Uttam Singh and Sardar Singh got on the scoring sheet. Sanjay converted three penalty corners, but it was not enough for India to register a win.

Coming to France, Timothee Clement, Benjamin Marque and Corentin Sellier got on the scoring sheet.

Clement scored three goals while Marque and Sellier registered one goal each.

Earlier, the much-anticipated FIH Odisha Hockey Men's Junior World Cup Bhubaneswar 2021, which will see 16 top teams from across the globe vie for the title, was declared open by Ganeshi Lal, Governor of Odisha.

The Opening Ceremony, which saw fireworks lighting up the night sky of Bhubaneswar, also included all 16 Captains from the participating teams taking a photo along with the coveted trophy.