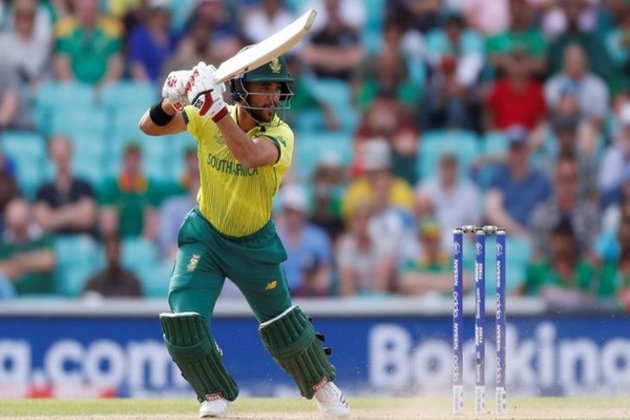 By Vivek Singh PrabhakarJohannesburg [South Africa], November 22 (ANI): Former South African batter JP Duminy has said that the SA20 league is an "injection" into the domestic system of South Africa and brings to it a "much-needed rejuvenation".

"I think what stands out for me currently is the fact that the SA20 is an injection into the domestic system which is usually needed in upliftment and upgrade of the cricketing ecosystem. In terms of a facelift for domestic cricket, you always have your hope for high profile and exciting domestic players to come up against one another in various teams and coupled with some world-class international players. I think that combination will bear fruit and we will be in for some great attractive and entertaining cricket. So, I think the product in itself will be very entertaining. And I think as I mentioned, it brings a rejuvenation in our domestic system that is much needed," Duminy told ANI.

On how different the league would be from other domestic T20 leagues, Duminy said that it is hard to say it will be completely different since there are always going to be similarities like domestic players coupled with international players.

"I think the uniqueness about our tournament is the fact that there are six IPL franchise owners, which is outside of the IPL, which has not happened anywhere else around the world as yet. There is obviously some interest from IPL teams in various tournaments, yes, but not completely like we have seen in the SA20 - and I think that is the unique thing about it. And it is certainly going to be an exciting one. I think it is going to bring about a lot of traction globally, which is always exciting for a new league," he added.

Duminy said that he is after an exciting brand of cricket which brings entertainment and he is looking forward to impacting the community through cricket.

"For me, I think the add-on to that is how we can impact the community. And we have certainly had a few conversations already, just with the ownership of the Paarl Royals in how and what sort of strategic moves can we make that benefit the greater region which is in line with Royals' vision of impacting society through cricket.""I think that is what I am most excited about outside of the playing side of things, is how we can utilize this franchise to uplift the community, to create resources for various parts of the community, even the cricketing ecosystem, the club system. Those opportunities I think are ripe and can hopefully also inject a resurgence in the amateur game.

Duminy, who is also the coach of the domestic side Paarl Rocks, said that there is a "great synergy in having one foot in at the Paarl Rocks and now the other in the Paarl Royals""Hopefully there are some great overlaps and synergies that would bear some great fruit in the injection of cricket into the region. And that is certainly something that I am looking forward to," he added.

On his coaching style and following the legacy of RR in IPL, Duminy said, "It will be important for me to acknowledge that I am still very much a young coach in the coaching world, so it is not necessarily a comparison. It is about trying to identify who I am as a person and who I want to be as a coach.""To answer the question around coaching style, it is very much one of inclusivity - creating an environment where people can come in and be themselves and feel comfortable and safe. I think if I look at a good environment, it is certainly good culture that it stems from, and if you think about what is culture? Culture is creating a good value system within your environment and then an add-on to that is good behavior. So good, solid behaviors, being consistent in our behaviors, and that ultimately creates the culture in your environment.""Connection - building sound relationships with all individuals in the environment and trying to get to understand them, and know them to a point where you get a fair idea of how to extract the best out of them. I think that is ultimately the one of the primary roles of a coach is getting the best out of people and players. So it does not only come down to the players but also your support staff to create an environment for them to shine in, thrive, and identify with each one's strengths. And trying to allow them to operate within that strength for the most part," concluded Duminy.

The clash between MI Cape Town and Paarl Royals will open the inaugural session of the SA20 in Cape Town, with Johannesburg's Wanderers Stadium due to host the final of the inaugural season of the 33-match tournament.

The SA20 final will be played on February 11, but the event will be split by South Africa hosting England for three Super League ODIs. Johannesburg will also be hosting the final on February 11, which has a reserve day in place, alongside the two semi-finals.

The one-day international matches (ODIs), which were postponed from December 2020 due to an outbreak of Covid-19 in both camps, are essential to South Africa's chances of securing automatic qualification for the 2023 World Cup after they cancelled three ODIs in Australia to make room for SA20 and guarantee their best players would be available.